BJLive! has received several awards thanks to the work, effort and dedication of a cohesive team that has been fully committed to its endeavour since the company was founded.

It is impossible to say which award brings us more pride. As our CEO and founder Borja Romero says, “The biggest prize is being able to work for people with disabilities every day and try to provide them with support and technology.”

THE THINGS WE ARE PROUD OF...

Rather than highlighting the awards we have won since our company began, we prefer to point out the milestones that we think are both a demonstration and an acknowledgement of our work in favor of people with some kind of disability:

2001 Along with his brother, Joaquín decides to adapt his house in Barcelona in order to increase his autonomy and improve his quality of life.

2002 Once Joaquín’s home has been adapted and made more accessible, BJ Adaptaciones (BJLive!'s holding company) is born with the aim of helping other people with some form of disability or impairment.

2003 Toshiba and BJ establish a collaborative partnership. At the SIMO exhibition that year, a person with disabilities controlled every element of the Toshiba stand. The media of the time provided widespread coverage of this advance.

2004 ASPACE (Cerebral Palsy Association) inaugurates the first apartment for people with disabilities that uses home automation technology. Our company designs and coordinates the project, in addition to providing the necessary technology.

2005 The company changes premises to increase its facilities. The company begins to conduct personalized training courses for professionals.

2006 The translation and localization into Spanish of the major international assistive technology software programs begins. We begin to distribute and sell the world-leading products and main brands in Spain.

2007 The network of BJ delegates is formed to promote our products and services throughout Spain.

2008 Our company launches the first edition of the “Breaking Barriers Awards” (www.premiosromperbarreras.es) in partnership with Toshiba. The aim is to reward and promote the improvement of the quality of life of people with disabilities using technological solutions.

2009 We once again increase our facilities by moving to larger premises. We play an active role in Red.es to offer accessibility to a network of 1,050 telecenters throughout Spain.

2010 We join forces with Matz-Erreka - the leading manufacturer and installer of automatic doors that is part of the Mondragón Group - to found Adom, a company that focuses on the creation of accessible spaces.

2011 We launch the first edition of the Jornadas de Tecnología de Apoyo (Assistive Technology Seminars), the largest assistive technology training event for professionals in our country, with an average of more than 1,000 registrants every year. They are currently in their fourth edition.

2012 We begin to export products, initially under the BJ Adaptaciones brand, and later under BJLive!

2013 We organize an international symposium in Barcelona with the major distributors of assistive technology, which is attended by the leading companies in Europe.

2015 ASPACE Ipsen Pharma Award in the institutional category for our work in promoting the autonomy of people with cerebral palsy.

We remain loyal to our values, and continue to demonstrate unyielding enthusiasm in our work with a strong, solid project to provide more support and technology to people with disabilities every day. 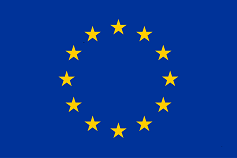